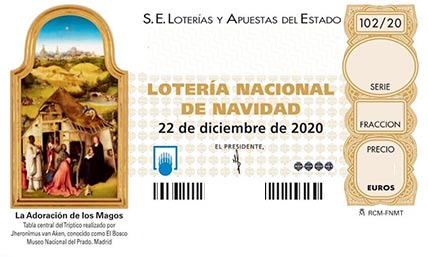 How to play «Christmas Lottery»?

The Christmas Lottery is one of the most popular lottery raffles held in Spain. It is the draw with the highest participation of the year and therefore the most expected, and not only by the Spaniards. Its fame has crossed borders and many foreigners are also participating in the Extraordinary Christmas Draw. It is the star raffle of Christmas. The long desired Gordo of December 22nd has become the one in charge of giving this holiday season a start.

To be able to play it is necessary to buy one or several tenths of the Christmas Lottery. The draw consists in the distribution of numbers ranging from 00,000 to 99,999 and the subsequent draws of different prizes between these numbers. Each number is divided into series, the number of series depends on the emission of each year, which in turn are subdivided into 10 tenths each, and form a ticket. In that way, the final number that the participant can acquire is composed by the number itself, the serial number and the fraction. The tickets are called tenth because the bettor plays the "tenth" part of a ticket.

A single raffle is held every December 22nd and is broadcast on television, starting at 9.15 and lasts three and a half hours. In the Extraordinary Christmas Raffle one bowl is used for numbers and another for prizes.

They are a set of smaller prizes resulting from this draw. Each ticket awarded with a ticket number receives € 1,000, and each tenth is awarded € 100.

The last number from El Gordo: all the tenths that its last number match with this number are awarded with the value of the tenth.